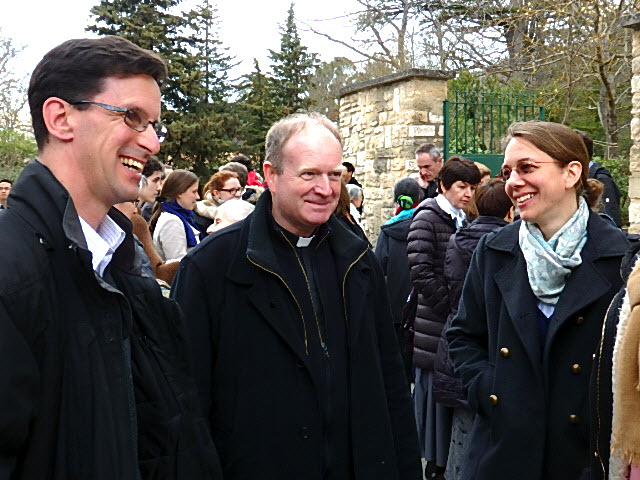 In the great family of Carmel, Notre Dame de Vie (Our Lady of Life) is a secular institute.

On 21 November 1973 the Congregation for Institutes of Consecrated Life and Societies of Apostolic Life recognised NOTRE DAME DE VIE as one single Institute made up of priests, laymen and laywomen.

The Institute is made up of three independent branches :

They have their own constitutions and are each governed by a person in charge, his or her assistant and a council.

A Superior Council made up of the people in charge of the three branches ensures unity and faithfulness to the spirit of Notre Dame de Vie. 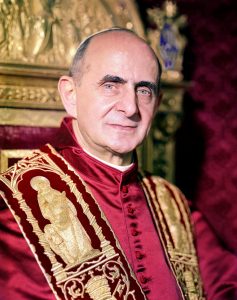 In offering their members a complete consecration to God while retaining their ordinary life in the world, secular institutes constitute a new way of following Christ. By creating this new statute in 1947, the Church confirmed the importance of this original vocation for the evangelization of our time.

« Your lives express this deep need for a synthesis, the simultaneous affirmation of two characteristics :

A mission in the Church

” By a life perfectly and entirely consecrated to sanctification of the world, the members of secular institutes share in the Church’s task of evangelization, in the world and from within the world, where their presence acts as leaven in the world. Their witness of a Christian life aims to order temporal things according to God and inform the world with the power of the gospel.” (Catechism of the Catholic Church, n° 929)

« You are in history, the signs of a Church who is the friend of men. » 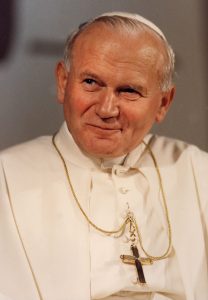 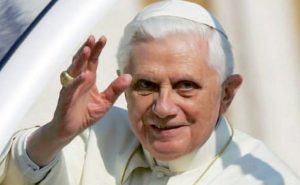 “Announce the beauty of God and his creation. Following Christ, be men and women of gentleness and mercy, capable of travelling the ways of the world and doing only good. Put the Beatitudes at the heart of your life, contradicting human logic to make manifest your unconditional trust in God, who wants man to be happy. The Church needs you in order to carry out its mission to the full. Be seeds of holiness thrown from full hands into the furrows of history … Write by your life and your witness parables of hope, write them by works sprung from the “creativity of charity”…”

(Benedict XVI to the congress of secular institutes, 4 February 2007)

A secular institute is an institute of consecrated life whose members live a normal life. They have a job or a ministry and try to carry out all their activities according to God. They take part in evangelization by their presence in different environments and by their witness of a Christian life. The members of these institutes are laypeople and secular priests. The commitments they make in their vows are a true consecration recognized by the Church. They live in celibacy for the kingdom of God, in a spirit of evangelical poverty and in complete adherence to the will of God as shown by obedience to a rule of life and to the person in charge of them.

Benedict XVI wrote, the 18th of July 2012 to the secular institute members :
” Your vocation is to be in the world and to assume all its burdens and aspirations with a human look which corresponds ever more to God’s look. It generates a particular and specific commitment, based on the awareness that God writes his salvation history on the reality of the lives in our history. “

In May 2014 Pope Francis addressed the Italian Secular Institutes (extracts from his speech): 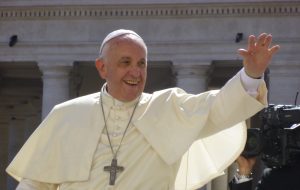 JI know and I appreciate your vocation! It is one of the newer forms of consecrated life recognized and approved by the Church, and perhaps one that is not yet fully understood. Do not be discouraged: you are part of that poor and outward reaching Church that I dream of! (…)

Yours is an outward reaching vocation by nature, not only because it brings you to others, but also because it asks you to live where every man lives. (…)

You are like antennas ready to seize the seeds of innovation prompted by the Holy Spirit, and you can help the ecclesial community to take on this gaze of goodness and find new and bold ways to reach all peoples. Poor among the poor, but with a burning heart. Never still, always on the move. Together and sent out, even when you are alone, because your consecration makes you a living spark of the Church. Always on the road with the virtue of pilgrims: joy !